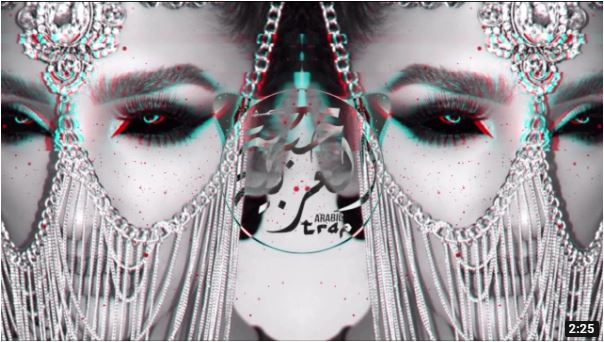 Hi guys, first of all I would like to say a BIG thank you for everyone who has read my blogs I’ve posted yesterday, it was my happiness and I promise you there is much more to come!

But first thing first: there is one channel I have forgotten to include in my list of yesterday and that’s the BEST ARABIC MUSIC channel on YouTube ever.  I have found this channel by accident back in February this year and it has quickly become my favorites due to the great sometimes shocking images included in it and mainly because its genre of music is JUST FANTASTIC!!  Since I’ve found this channel it has literally went VIRAL which means I’m not the only one who is happy for it and also that the channel is totally unique in its ways and style.

I’ve always been fond of Arabic language and music. And I could never understand how come I just don’t get to meet timely and great remixes of the wonderful sounds of Arabic music. After years of searching and just not finding what I was looking for, one DJ friend of mine has sent me a funny compilation of Arabic trap in form of a YouTube video. And that’s when something started to ring inside of me.. Thought that video I found the channel called Arabic Trap which counted as a sort of a renegade music channel back then, with around 20K followers only.

I have started to listen to Arabic Trap remixes and I cannot let it go ever since. The Arabic Trap channel has improved tons since I’ve started to follow them. They produce the music you can get to hear in most Dubai Car Trap videos. Let me show you an example by listening to this fantastic Arabic Trap song. One of my most favorites and this other great Trap that’s one of the very best of all time. Unfortunately I cannot yet embed videos, but if my follower base will grow I will definitely consider going pro.

It’s not confirmed but the team behind this great music is partly Arabic and partly Russian. Listen to Wahhabi by BIZ which is just AWESOME!!

The biggest player when it comes to Arabic Trap for cars is definitely VFM Style on the Arabic Trap channel and I love every songs of theirs. Listen to the best car trap by clicking on basically any of their songs: Dubai, Abu Dhabi, Desert car trap and the list goes on.

Apart from that they have darker beats and they have a diverse collection of groups and artist whose music they are posting: ranging from Turkey to Romania. I fell in love with this channel. I must say Arabic trap gives me so much energy, inspiration and motivation to take me through the days and I am honestly so very thankful for these guys who made this possible. Arabic trap has since become very popular. They are now doing a much wider range of remixes. Apart from Arabic, you can also get to find other genres of music in their collection, predominantly Turkish, as a large follower base is in fact from Turkey.  But according to the comments they do have a growing number of Arabic followers and this makes me very happy. I have always waited for this, a genre to make the beauty of Arabic music international and timely.

These are the other two channels of the same group who is managing the Arabic Trap channel.  Under the Indian Trap you can get to find a wider range of Indian music remixes which are also lovely and the East Trap is a compilation of their older music which is definitely worth a listen.

Once you are there give the following a listen: BIZ: the best in the business (including their independent channels via hyperlinks), NextRo another fantastic group, VFM style (as mentioned before they are one of the best when it comes to good rhythm trap music), Chris Taylor (Afghan/Armenian/Turkish and Azeri music) Flechette and Fruitsnacks.

Please listen to this compilation containing the best of BIZ and you are guaranteed to fall in love with Arabic Trap.

Apart from all my love for this channel I must warn each Muslim who would like to listen to the videos there: there are some images which are definitely Haram. So, visit with open mind or steer clear from the videos the image of which would hurt your feelings or beliefs. This is music.

Despite the use of war images the channel does not support terrorism in any ways. It’s purely for the love of the music. I will include some of their clips which are some of the favorite songs of mine. I am also including my Pinterest Arabic Trap profile where I have collected some of my favorite images collected from some of their videos. Once again. There are no links whatsoever to anything terrorism related. I do hope everyone will listen with an open mind.

Once again, I just cannot express with words how thankful I am for Arabic Trap channel. Those who would like to see some other weird yet very capturing imagery collection visit their Instagram too.

Other Arabic Trap Channels worth mentioning:

As Arabic Trap is a genre basically promoted by this sole group there aren’t many other channels worth mentioning but there are two channels which I’d like to definitely suggest you to visit: One is Jaski which deliver a little bit of a faster style remixes and the other is Arab Trappers (I think they are Turkish because they deliver mixes predominantly from Turkish DJs) they are representing a more chilled, slower and more meditative sort of a music.

If you would like to get closer to Trap as a style, visit Trap Nation or I AM Connor FM. I do love trap but my favorite will always be Arabic Trap.

Last but not least, please click on Arabic Trap Mix 1 (THE BEST!) to listen to this remix which was the first ever one I’ve ever listened and which made me fall for Arabic Trap forever.

More of Best of YouTube to come in the upcoming days!

Please share, comment and let me know what you think and THANK YOU FOR ALL THE FOLLOWS!

Let me close this with one of the most beautiful songs: Kalashnikov – Biz 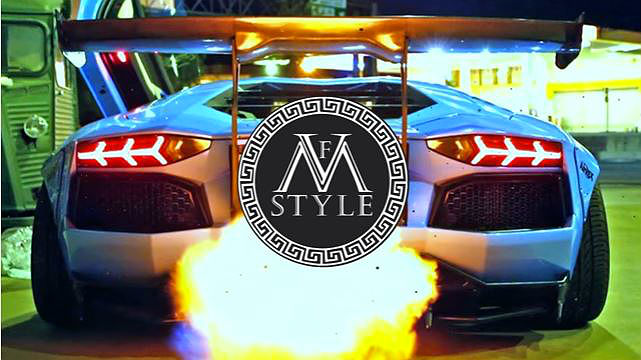 2 replies to The best Arabic youtube channels for music

Having a special focus on providing quality Hijabi content, content about Japan, Asian culture and skincare I am also discussing all sorts of home and lifestyle tips, the best social media channels on beauty and makeup and a whole lot more! Check out Categories!