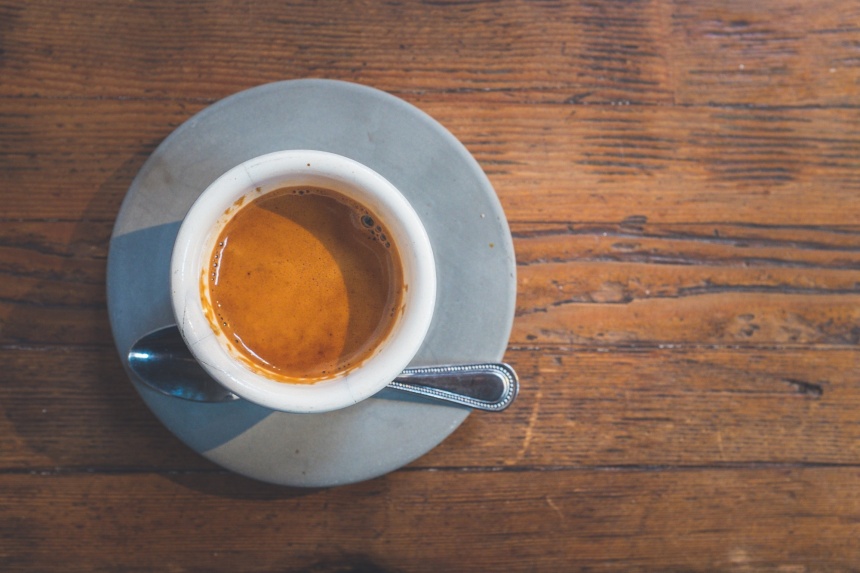 Buy me a coffee

Nothing helps like coffee when it comes to creating quality content. If you found this post interesting please help my work and invite me for a coffee.

As a woman who is continuously learning about Muslim religion and the Muslim lifestyle, particularly when it comes to the Muslimah lifestyle, I have been always amazed by the creativity Muslim women can put in their appearance and how they can live an absolutely fulfilling lifestyle, contrary to the beliefs that wearing hijab puts limitations as to how someone lives life. 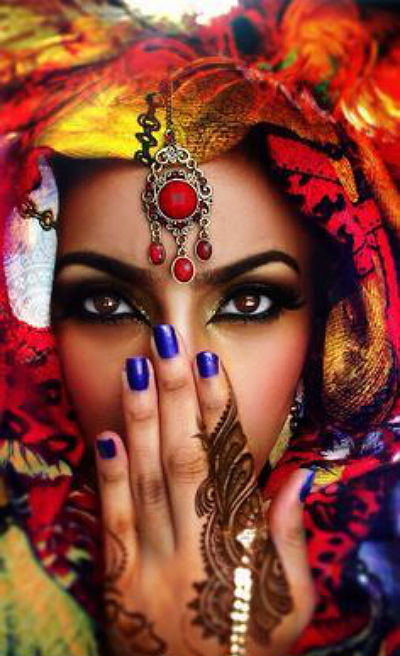 These channels are all shiny proofs that you can live a fulfilling, happy life, you can look beautiful and last but not least, you can act like any ordinary woman does also with a hijab. The below represented channels all feature hijabi women who are proud to wear the hijab and who do not let the hijab stop them from being who they are but on the contrary it only adds quality to their lives.

I was wondering as to what title should I exactly choose in case of this particular blog, hijabi or Muslim lifestyle for women, but I think or at least hope that I’ve chosen the right title. The featured hijabi women are not all Arabs, many have a different cultural heritage but they share one thing in common: they are all very inspirational and lots of fun to watch.

As I don’t speak Arabic, I’ve decided to first collect the channels which are for the English speaking audience, which everyone who speaks in English can freely watch. These channels are for women: so they talk about hijabi and Muslim lifestyle, make-up and Muslimah fashion. I did my best to not include anyone who I have already mentioned in my previous Muslimah related post on Arabic Beauty Channels on YouTube. My post about Arabic speaking YouTube channels for women is also in the works so be on the lookout for more to come.

Arabic make-up is very particular for multiple reasons. First of all the hijabi or niqab lifestyle has made women to put a lot more accent to the eyes than it would be normal because it’s mostly only the eyes that can be seen by others. Many don’t know but hijab is also often used in a way that only the eyes can be seen. Therefore all eyes are on the eyes, so to say. Arabic women therefore use an extremely strong eye make-up to this day and this is called Arabic style make-up. Hijab also has tons of effect on the face-shape and therefore face-shaping with the help of make-up is also becoming extremely popular for hijabi women.

Traditionally Muslim women can only wear attires which hide the shape of their body. In the Middle Eastern region this clearly means a long abaya or kaftan, whereas in the West the rules have become somewhat looser and it’s accepted for Muslimah women to wear a long attire which hides their body up until the buttocks or the knees. Other important factors are the wearing of long sleeves and it’s also traditionally haram to leave the neck uncovered.

And about the hijab

Hijab is used to cover the head and the neck areas. Traditional hijabs are so long they also cover most of the chest region, however modern hijabis in Europe and in the West are nowadays wearing a turban style hijab which leaves the neck uncovered and use a separate scarf for the neck area. Also, it’s becoming trendy in European hijabi circles to leave some of the hairline open to be seen. While this is haram when we regard it from the more traditional point of view, it’s definitely in trend nowadays.

For those who are to switch to hijab lifestyle and therefore living a hard time ( it is indeed) these confident women can serve with tons of positive energy and a great inspiration not to give up and be happy wearing hijab.

Habiba is extremely popular if not the most popular Muslimah YouTube personalities when it comes to Hijabi trends and Muslimah lifestyle ranging from makeup to family affairs she talks about everything. Like most Muslim women who are actively advocating Muslimah lifestyle on YouTube, she also lives in the United Kingdom so her accent is British. Her exotic beauty can be thanked to the fact that she is half Arab and half Brazilian which makes her features absolutely stunning. You can learn tons about hijabi make-up trends, hijab styles and about how to cope living in the West as a Muslim from her. I like her channel, it’s done very professionally, it’s entertaining and you can learn tons from her about everything that’s Muslimah lifestyle related. Her channel is one of my most favorite Muslimah YouTube channels.

Dina is half Egyptian and half-British and without doubt she is the Muslimah queen of YouTube, I believe I haven’t seen any channels which are more watched than hers, despite the fact that she doesn’t really talk about Muslim or Islamic affairs but rather makes blogs which features her daily life with her husband and family. She also has numerous hijab and make-up tutorials. I know I have mentioned her earlier in my Best Arabic YouTube Channels article but I just cannot resist the temptation to talk about her over here too, as she is one very influential Muslimah in the Muslim YouTube community. 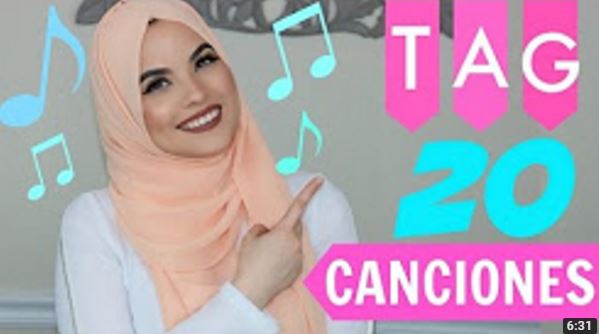 As one of the very few American Muslimah Omaya is an interracial Muslim woman with a Palestinian father and a Venezuelan mother who lives in Florida and who has embraced Islam in her teenage years and who is married to an Egyptian Muslim man. What I like about her channel is that it’s not only that she discusses hijabi and Muslimah fashion and make-up including hijab styles but she and her husband also talk a lot about interracial / intercultural marriage, they help people learn more about Islam and Muslim lifestyle. Overall it’s a real fun and entertaining channel to watch which I really like. As an extra, she also offers tons teaching videos in Spanish too. Omaya is also a big fan of Dina Tokio and YazTheSpaz89.

Yaz is also one of the few American Muslims of Turkish heritage, also living in Florida who are proud to wear the hijab. Married to an Arabic man Yaz has tons of fun and educational videos on hijab styles, Muslim lifestyle, and Halal cuisine. She is also doing blogging, contact lenses reviews and so much more. Her channel is a real mix and it’s such a joy to watch because it really shows, that hijabi girls and women can in fact life a totally fun and fulfilling life.

If you feel you are getting lost when it comes to how to tie your hijab, then this channel should definitely be among the first ones you visit. Ruba is a British Muslimah and she is a real hijab style specialist and despite the fact she also has other videos such as make-up and beauty her real specialty is the hijab. Her tutorials are fun, easy to follow and you can learn literally tons about hijab styling from her.

Sebinah is of Pakistani descent living in the UK. She is also big friends with fellow youtuber Dina Tokio and they have several collab videos as well. I like her style because she discusses everything from lifestyle to religion, from make-up to clothes. Having a fun and outgoing personality Sebinaah is a real joy to watch. She also has tons of inspirational videos about Islam about the Muslim way of life and she provides tons of encouragement for the fellow Muslimahs to be strong and proud of who they are. 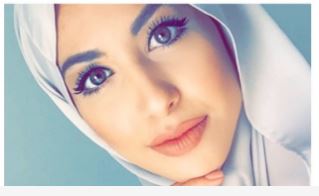 Hanan is one of the very few Canadian hijabi youtubers who I could find on YouTube and I must say that I really do love her channel because she has tons of instruction videos on how to tie a hijab for the different face shapes. She also shares other fashion tips, make-up styles and a lot more. Besides she is a real Arabic beauty and her videos are real fun to watch.

So, that’s it from my favorite hijabi YouTube channels. If you have other suggestions of YouTube channels which are fun, inspirational and helpful for Muslimah hijabis to watch please let me know in the comment section.  I will be very happy for all your opinions, questions and suggestions.