The best Information Resources about Japan -both offline and online

I’ve been meaning to give several titles to this blog and write it accordingly. Then I kept changing my mind for the better. But let’s see all the concepts I’ve been meaning to write about with the assistance of my cat and a pretty shaky mouse making it hard to navigate anywhere.

Now let me place a nice pic of Japan, to keep all you guys interested in reading more 🙂

The Best Blog about Japan

First of all, I wanted to introduce you to a good number of interesting blogs about Japan. But I failed big time. I believe blogging is getting into a tricky situation. While about 10 years ago everyone, with or without any particular writing skills, style or sense of humor felt like writing a blog is a cool idea, most of these blogs are now left behind. With the emerge of youtube and video culture, I feel one must write REALLY REALLY well in order to be read anytime soon. I’ve seen several awful, boring, unentertaining blogs about Japan.

They looked terrible and I felt bored after spending a minute on these sites. There is really only ONE GOOD, WILDLY ENTERTAINING blog I want everyone to read about Japan and that’s Ken Seeroi’s Japaneseruleof7. If you read this blog, you will REALLY learn about Japan, while continuously being entertained the whole time. Ken doesn’t give a damn about the look of his blog but to my amazement, he still keeps posting in there from time to time which is lovely news for all those who like to learn and have fun at the same time.

And basically, that’s it. I’ve seen blogs so full of photos meaningless to me, I ’ve seen mummy blogs of bored moms living in Japan and I’ve seen blogs which are not active any longer. So, youtube it is!  I ’m planning to introduce you to a couple of quality websites about Japan. But you must understand the concept of heavy sugarcoating and keeping secrets. Japanese will never be absolutely honest about their own culture or country while at the same time, there are very few non-Japanese writers who write well and honestly and tells us more than the small bubble they are living in. So, if you want to learn about Japan, you will need to check various resources.

The Best Books about Japan

Books are by far the best way to broaden our horizons and they also make for the perfect relaxing time at least for me. Please check out some of my best finds over the years. It’s too bad, that many of my favorite books are in Hungarian with no chance to get them translated to English. 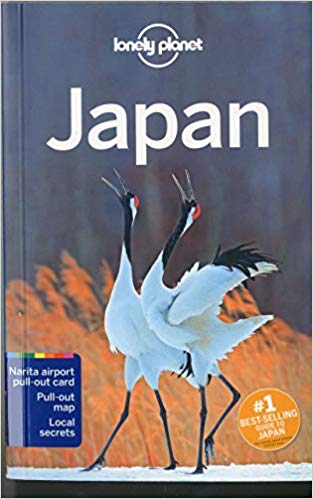 With the appearing of the internet in the late Nineties, people started to say, that we don’t need old-school travel guides anymore. But that statement couldn’t be further from reality. This is your primary school of learning about a country. The basics. The best places to go to. The history of the country. The basics of the culture. All in all, a good Baedekker contains all this info and LonelyPlanet is really on the top of it all. All the best basic information a traveler would ever need. I really frankly suggest everyone invest in a good old Baedekker if they do have a real interest in the country they are to visit.

My journey of reading and learning about Japan

Now, one may think the logical choice of learning about a country is to read books from its authors.  But let me get this clear: if you are not a particularly depressed, conflicted soul, if you don’t plan to commit suicide anytime soon and just want to have PLAIN GOOD FUN, then please don’t get anywhere near Japanese literature. They are full of pain, guilt and the heavy need to conceal all feelings. Well, basically that’s what Japan is all about, but hey, when it comes to reading I really believe we should have fun and be entertained. So, let me introduce you to some of the books which made me a fan of Japan. In the end, I will also try to post some which are REALLY worth reading. Well, most of the others are trash but hey, at least they are fun to read. 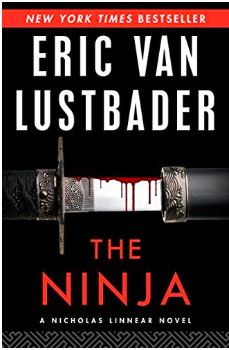 These books are for the ever romantics looking for an adventure. Ninjas were really “in” between the Seventies and Eighties especially.  When I started to read these books, I really felt the window open for me to gain some insight into the real spirit of Japan. Well, I was around 18 or so, so it’s really no wonder. When I started to read his books, I didn’t yet know that Mr. Van Lustbader has managed to become one of the most popular con -artists in the US and he managed to fool many people. BUT he is a pretty good writer! In a nutshell, these ninja series consist of several books all following the adventures of a half Japanese guy who is like the Ninja superman. His name is Nicholas Linnear, he is dead rich and somehow gets secretly inducted in the best ninja schools of Japan. I could learn a lot about the basics of Shinto, Zen, Buddhism and Japanese culture overall ( not to mention ninjas) while reading about this guy’s adventures. I ’ m not sure I would be entertained now, but these books were the start of me becoming a sort of a fan of Japan. The Ninja series of Mr. Lustbader has around 7-8 books altogether. I’ve lost count after reading the 5th. While the books contain lots of interesting information, don’t get too disappointed if no Japanese would ever be able to tell if these are accurate or not. Quite interestingly the world of martial artts, ninjas, crime and such are not really talked about in Japan.

I’m amazed I found this book on Amazon as it’s a really old one. This was one of the very first books I’ve ever read about Japan, this way, I will always remember it. As a note, we can see editors are amazed by the Japanese swords AND cherry blossoms ( window to the Japanese soul)  and so there ain’t no book cover without sword or cherry blossoms.

This is one of the first crime books which discusses the Japanese Mafia aka. the Yakuza. that was written pretty long ago. It introduces us to the secret world of Yakuza which most Japanese people don’t know anything about. Yeah, it’s trash in the eyes of „deep literature” fans. But it’s entertaining as hell.

Now, let me put one thing clear especially for those romantic souls like me, who started to learn about Japan through martial arts: most Japanese people have absolutely no clue about ninjas, yakuza ( even if they did they would never tell you) or martial arts. Just to save you some time and not get disappointed.

This is the latest book I’ve managed to read about Japan. It happened during my summer vacation in Italy. And so it happened that I just couldn’t put this book down. Not only it’s informative, but it’s also wildly entertaining, funny and all true.  It has two titles because it’s been recently re-titled as I could find it out later on. If you want to learn about Japan, about the people about the countryside then this is the book where you should get started. It’s wildly funny, entertaining and so true. Unfortunately, this is the only book Mr. Ferguson wrote about Japan, as he decided not to live in there any longer, but this book is a treasure. I couldn’t stop reading it. Although it’s not a very new book (1998) all things which are written in there are still valid today. Contrary to most information after the huge development, Japan has managed to pull off in the Eighties it has literally stopped in the Nineties. Therefore most things wich existed then pretty much keep on existing in the same way or form today. I really suggest everyone who likes fun and quality books and learns at the same time, to read this book in the first place. I’m not writing about the main storyline – you may have guessed it from the title anyway.

If you want some excitement and learn about the side of Japan most Japanese would not talk about then definitely check this book out. It’s discussing the rare aspects of crime, organized crime, water trade and the lot. It’s definitely a very exciting book.

A Geek in Japan

A Beginner’s Guide to Japan

Things I wish I knew before going to Japan

This is the current biggest bestseller regarding all books about Japan. I hope to read it someday it definitely looks exciting!

Before I forget, why don’t you just head over to Audible to get your 30-day trial through my blog? So that you can actually listen to one or more of these books?

There are several good books about Japan which I don’t know about, I’m pretty sure of that. So please let me know which books or blogs you liked reading, where you feel you ought to go back and read it again, just for the heck of it.

Websites about Japan and life in Japan.

With the approaching of the Olympics working in Japan sort of websites are becoming extensively popular. There are tons of them offering advice of all sorts. It’s not easy to choose the best informative websites. But I did give it a try. So let me show you my findings.

Gaijinpot existed at the time when there was barely internet around. This is the oldest, yet still the hippest and most up to date resource for those not speaking in Japanese. No matter it comes to finding friends, learning Japanese, information about Japan or working in Japan this site has it all. It has a very good classified’s section. Head over to this site for literally all about Japan.

Tofugu is one of the very few websites which is being done with the collaboration of both Japanese and foreign authors. It has all sorts of info, tons of info about the weird things about Japan ( one base of my Yokai series) it has an introduction to all the weird places to find in and around Tokyo and a great guide ( one base of my upcoming Onsen series hopefully).

This is a highly professional website containing a huge range of information of all sorts: getting around, traveling, living, earning, costs, comparisons and blog style articles. I love it also for its scenic photos. Check it out. I would love to have a website like theirs someday.

This is a very useful page on overall travel information. It’s also a page where you can purchase tickets, passes and book accommodation too.

Last but not least, help me build up my separate blog ( the header of which you can see in my featured image). Thank you all for help!

Contribution to my page

I would be very glad if you could contribute to the improvement of this blog. With Your help, I will be able to make more important and interesting content every week. THANK YOU!

Having a special focus on providing with quality Hijabi and Muslimah social media content, I am also discussing all sorts of home and lifestyle tips, the best social media channels on beauty and makeup and a whole lot more!