No matter what the actual trends are and how they keep on changing in this day and age, there is one topic that always remains popular and that’s the topic of Japan. We are always so keen to discuss all the weird things, which only exist in Japan. Mainly because Japanese people themselves, don’t really like to dig deep in this topic themselves. I’ve therefore decided to make a series on some of the weird stuff you can only get to find in Japan.

And this time around I would like to talk about the key Japanese beauty standards, which basically mean, the list of characteristics that make someone be considered cute or beautiful.

In Japan, the concept of beauty has an incredibly strong connection with cuteness. In fact, being cute is considered more important than being beautiful in itself. The cuteness, of course, is a characteristic that may mean different things for every single person. But there is one thing we can all agree on. Cuteness is like a national treasure in Japan. This involves being girly, talking on a voice that’s high pitched ( even if someone’s original voice is not that high pitched), acting shy altogether, smiling shy, like cute things which can be anything from Doraemon to Hello Kitty and clothing that resembles school uniform ( shorter skirts and higher socks) are all part of the ideal level of cuteness. 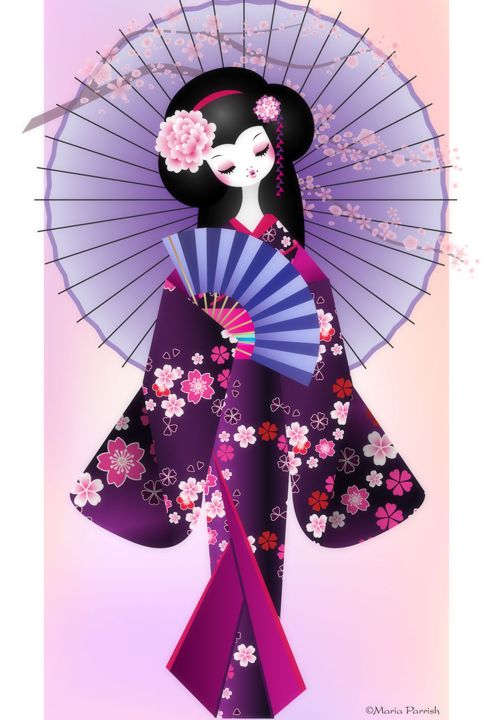 Japanese girls are in love with the idea of resembling being a Hafu but not actually being a Hafu. This is quite controversial I know. If you want to read more about the concept itself, please read my post on Hafu obsession.  Anyways what most girls prefer to do is to have a hair tone that’s lighter than the original dark brown/black, have a permed hair because that looks non-Asian in itself. There are all sorts of stickers and of course also a pretty common plastic surgery procedure to eliminate the Asian eyelid ( what we call Mongolian eyelid) this way, the eye looks more Caucasian and it literally opens up. In fact, eliminating the Asian eyelid can also seriously help in someone being able to really open their eyes in some cases. On the other hand, being full-blown Japanese is extremely important as a concept in Japan. Therefore you can resemble a Hafu but in real it’s essential that you are 100% Japanese to have the approval of others.

It’s no wonder that the Asian market is the largest market for all eye-enlarging make-up including fake eye-lashes and contact lenses with specific eye enlarging effect. Large eyes are another poisonous feature which thanks to anime, has made all girls want bigger than life eyes. While removing the double eyelid is already a good option to make eyes visibly larger, there are many who go even further than that and thanks to plastic surgery, they make their eyes larger. 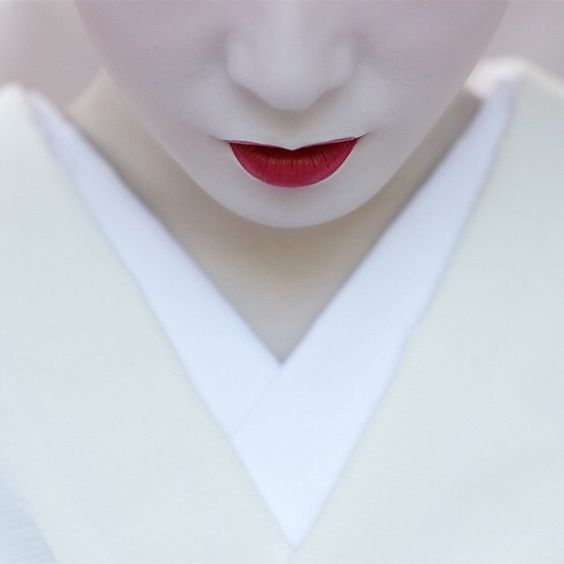 If you want to see what is essentially Japanese as a beauty icon, then it’s enough to look at a couple of photos of old-time geishas. They embody most of those characteristics which today’s Japanese men will find attractive. One key characteristic of any geisha’s look is the white skin. Japanese, unlike us in Europe, could never make friends with the concept of being tanned or even sunbathing. While here, being tanned means someone living a more luxurious lifestyle (ps. being or living by the sea) in Japan   those are tanned means they work under the sun. And back in the old days, those were mostly peasants. To this day, darker skin is often paired up with someone being poor coming from a lower economic background meaning that she is not a „real” lady. In addition, those who spend a lot of time under the sun will look old quicker. Being exposed by the sun is considered wrong for a very long time in Japan. Their cosmetics often contain elements that help users gain whiter skin. I will write an extensive post on the pros and the key characteristics of Japanese cosmetics which are extremely popular all over the world. 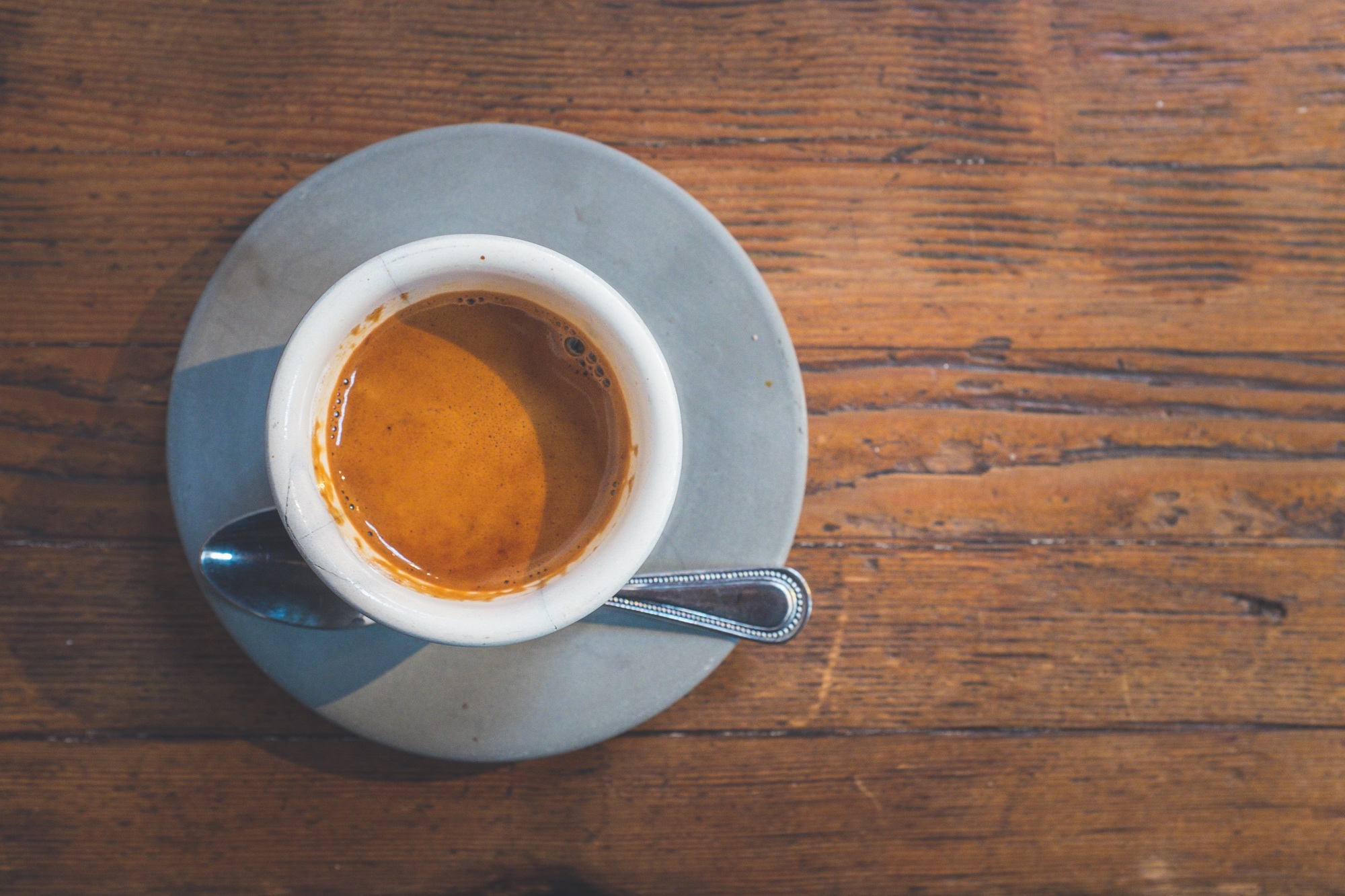 Buy me a coffee

Nothing helps like coffee when it comes to creating quality content. If you found this post interesting please help my work and invite me for a coffee.

On the other hand, Japan is one of those few cultures, where people learn to value someone’s imperfections, especially if it’s paired up with a great deal of cuteness. That’s why Japanese teenage magazines often feature girls who are not models like in Europe or the US but who look like any other regular girl. It doesn’t matter if their legs are not perfect or if their smile is not perfect, they are themselves and look cute the way there are. 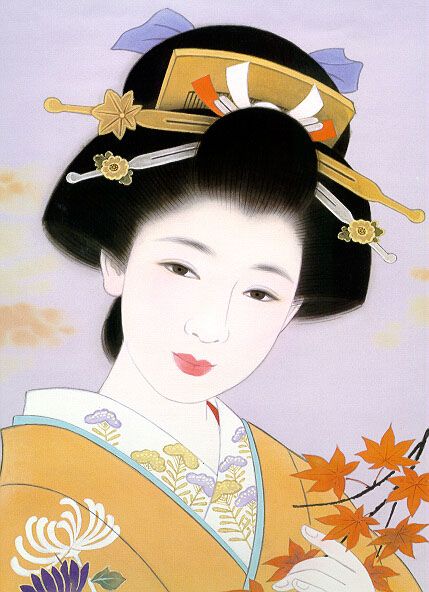 In Japan, make-up is not considered extremely chic and it’s also not really used extensively. Japanese make-up is pretty invisible, laid back and it’s mostly used to enhance cuteness. The only luxury most Japanese women use are fake eyelashes or eyelash extensions which can give a more natural-looking larger eye look.  What’s a lot more important than make-up is for someone to have good skin. Luckily the Japanese cuisine is full of ingredients that help skin conditions and in return, it lacks all the fatty elements which can easily lead to acne. Of course, bad skin can also be thanks to bad genes or other skin related illness and that’s why there are many first-class quality concealers and BB crèmes in Japan to help skin look lighter and more flawless.

Japanese do their very best to have a smaller face altogether. No wonder there are so many South Korean and Singaporean plastic surgeries (these two nations are those which are crazy to follow Japanese beauty standards) that deal with making the jawline smaller and to give a more defined form to a face. This is a concept that’s harder for us to comprehend. If you want to connect it to anything then look at the old fashioned dolls who also generally have a small face. There are tons of DIY massage tricks that women do in order to achieve to have a smaller face. 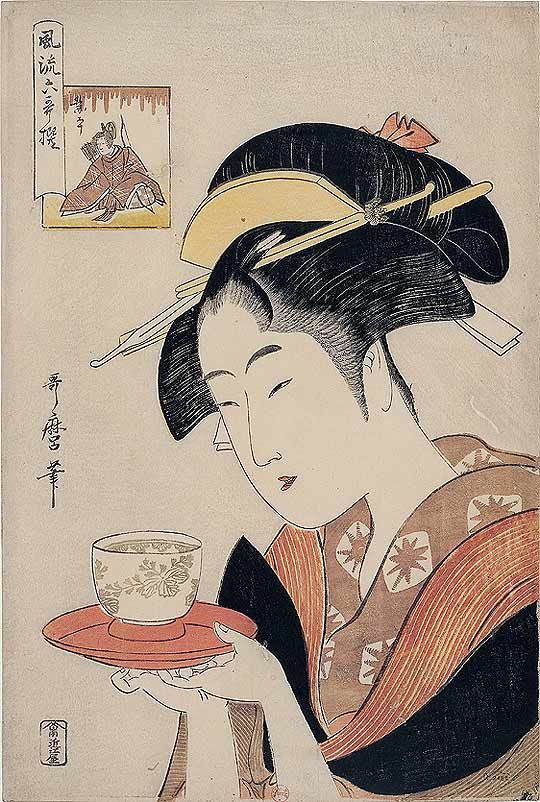 Another present from the old times, the long straight nose is supposed to give women a more noble look. Many women use surgeries to make their nose appear longer for this reason. It’s important to note that long nose doesn’t equal big nose that’s another huge no-no. 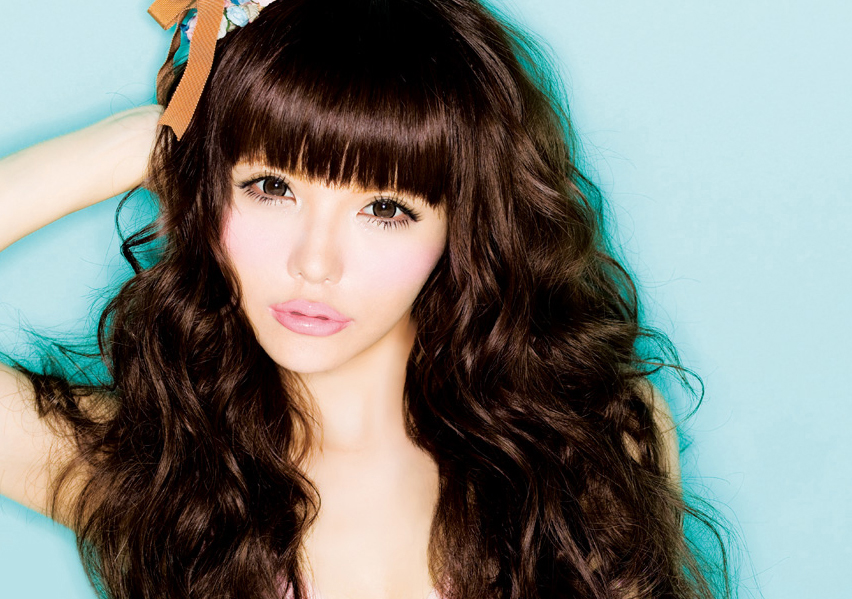 Many Asian women are born with a flat face. This is not racism it’s a racial characteristic which many Asian women share, Japanese included. And for reasons unknown these women are ashamed of their faces, it’s simply a characteristic that’s not cool. That’s why so many Japanese and other Asian girls get tons of injections and other surgeries which can help them have a less flat and more defined face, particularly when it comes to the cheekbones which can really define a face.

Most Asian women are not born with a slim face but rather with a naturally chubbier, round face. As V-shaped face is a characteristic that’s become immensely popular due to the Hafu and Caucasian like characters in anime, today, the V-line plastic surgery procedure that’s bound to create a V-shaped jawline is extremely popular all over Asia, especially Japan, South Korea, and Singapore ( although it’s one of the most painful procedures as well). If a face is V-shaped and thinner that’s bound to give elfin like features especially along with a small face.

No wonder Japanese girls like to wear mini-skirt and high heels because these would make their legs look naturally longer and leaner and that’s pretty important according to modern Japanese standards, another result of the Hafu obsession. 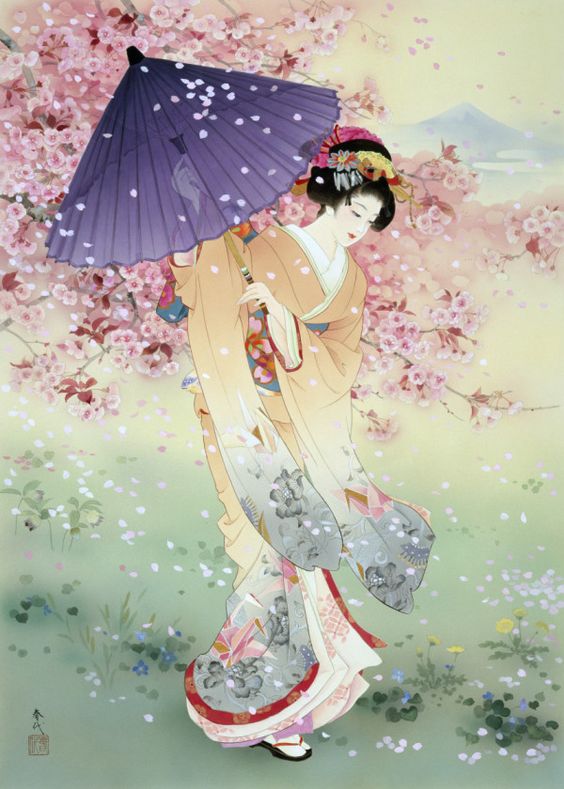 Short and thin girls will always be preferred in Japan, a tiny frame is a quality that’s considered overly feminine in Japan. And unlike other Asian cultures, Japanese women are not crazy for breast implants either. 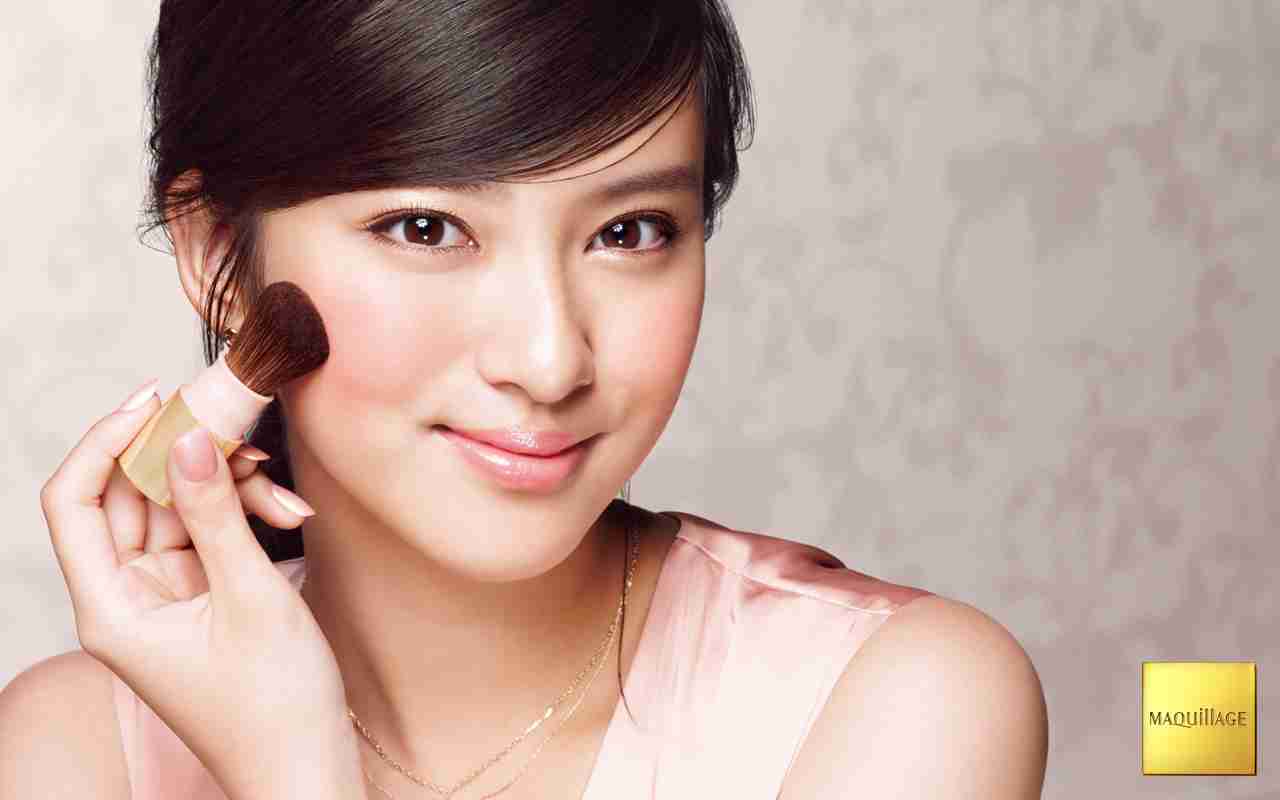 Now, we know that a Geisha’s look, which represents a highly stylized way of Japanese beauty with the white skin and cherry red small lips is far from looking natural, but if you think about it, not even the geisha’s look contains that many cosmetics which would be used to alter the features. As I mentioned above, the Japanese are not crazy for tons of makeup, or strong make-up. Most Japanese women don’t really wear make-up at all apart from concealer and eyeliner perhaps.

I hope you liked my post. I am soon to release my post on the most popular plastic surgery procedures in South Korea.

Please help with my blog

I would greatly appreciate 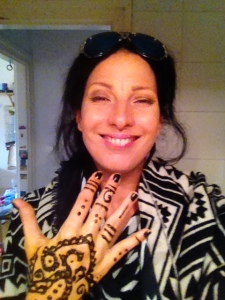